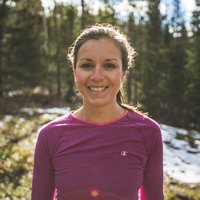 There is a common story that tends to surface when you ask someone in Jasper how long they've been here. Usually it’s some variation of the “I came out here to work for a summer ten years ago and I never really left” narrative that transplant locals share whenever someone asks how long they've lived in the park. Between the stunning Rocky Mountain landscape and the swell of seasonal work peaking in the summer months, Jasper is an obvious fit for those seeking a change of scenery for a few months out of the year, so the similar origin stories of so many locals shouldn't come as a surprise.

But in a place like Jasper, it’s also not surprising that there are so many who decide to stay.

Gillian Thompson has permanently called Canada’s base of adventure home for the past six years. Originally a native of Barrie, Ontario, living in the west hadn't necessarily been part of her plan. In fact, she only really found herself in Jasper by chance. In the summer after high school she was 17, and together with a friend they took off for a few months in the mountains before heading off to university. 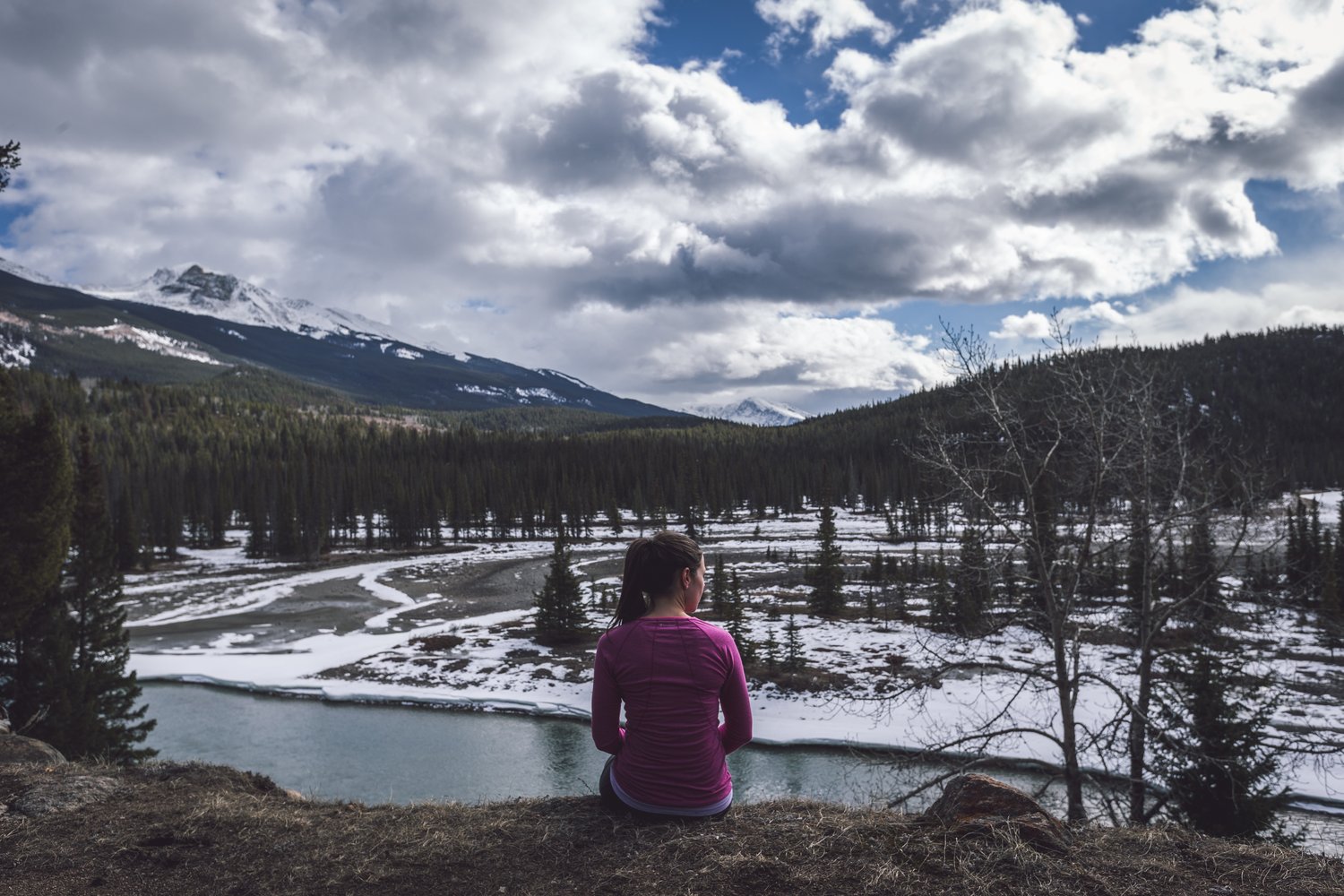 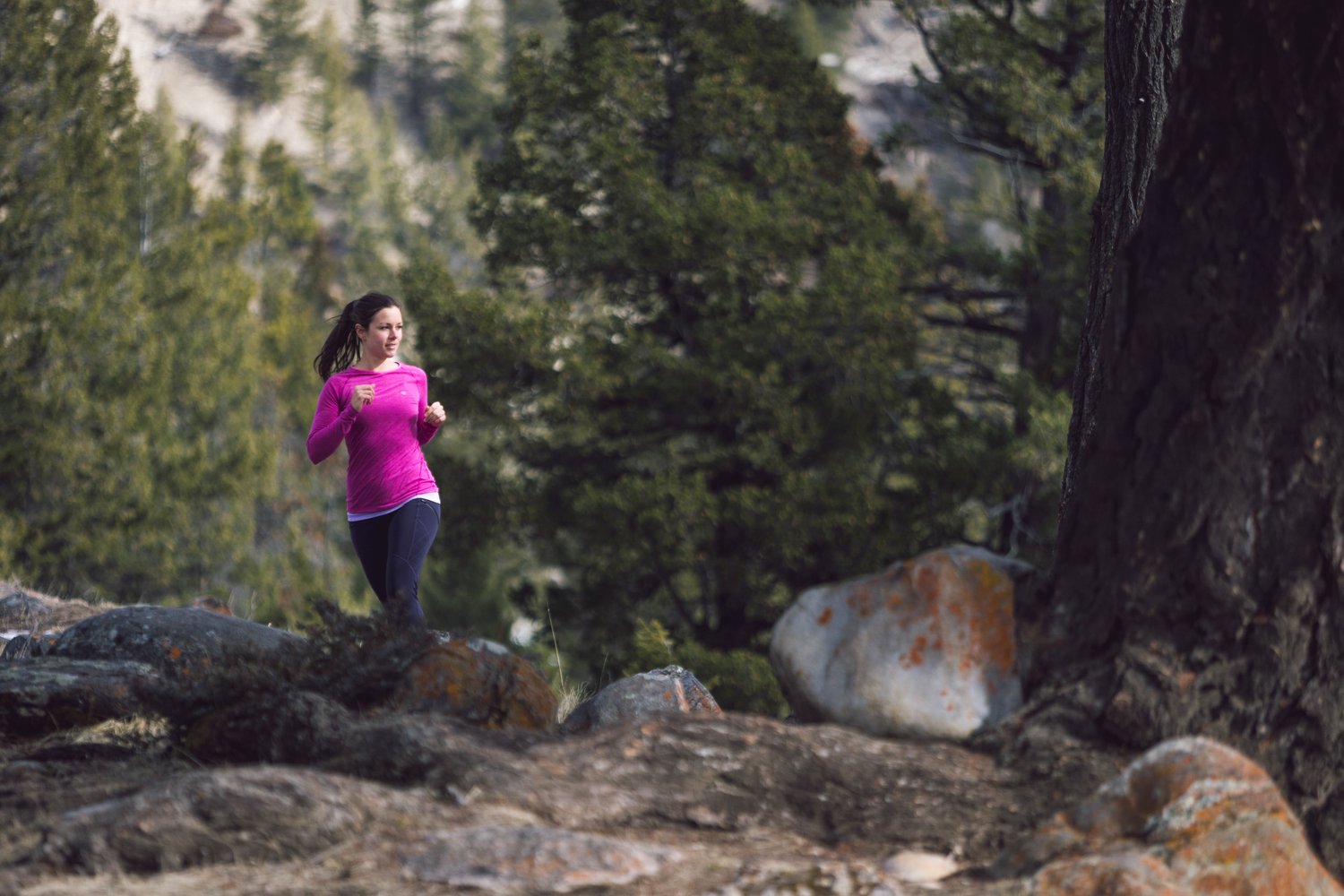 “I actually hadn't really heard about Jasper,” Gillian admits with a laugh, thinking back to that first summer when she and her friend essentially picked the mountain town on a whim.

She spent that first summer working at Pyramid Lake Resort – a rustic collection of lakeside cabins just outside of town – and living in staff accommodations. While she certainly enjoyed those months of mountain life, Gillian didn’t really take advantage of all that living in Jasper had to offer. Still, when it was time to head back to Ontario and off to university, she felt like the longing that had brought her west in the first place had been satisfied.

But, as with so many who had come before, a seed had been planted. 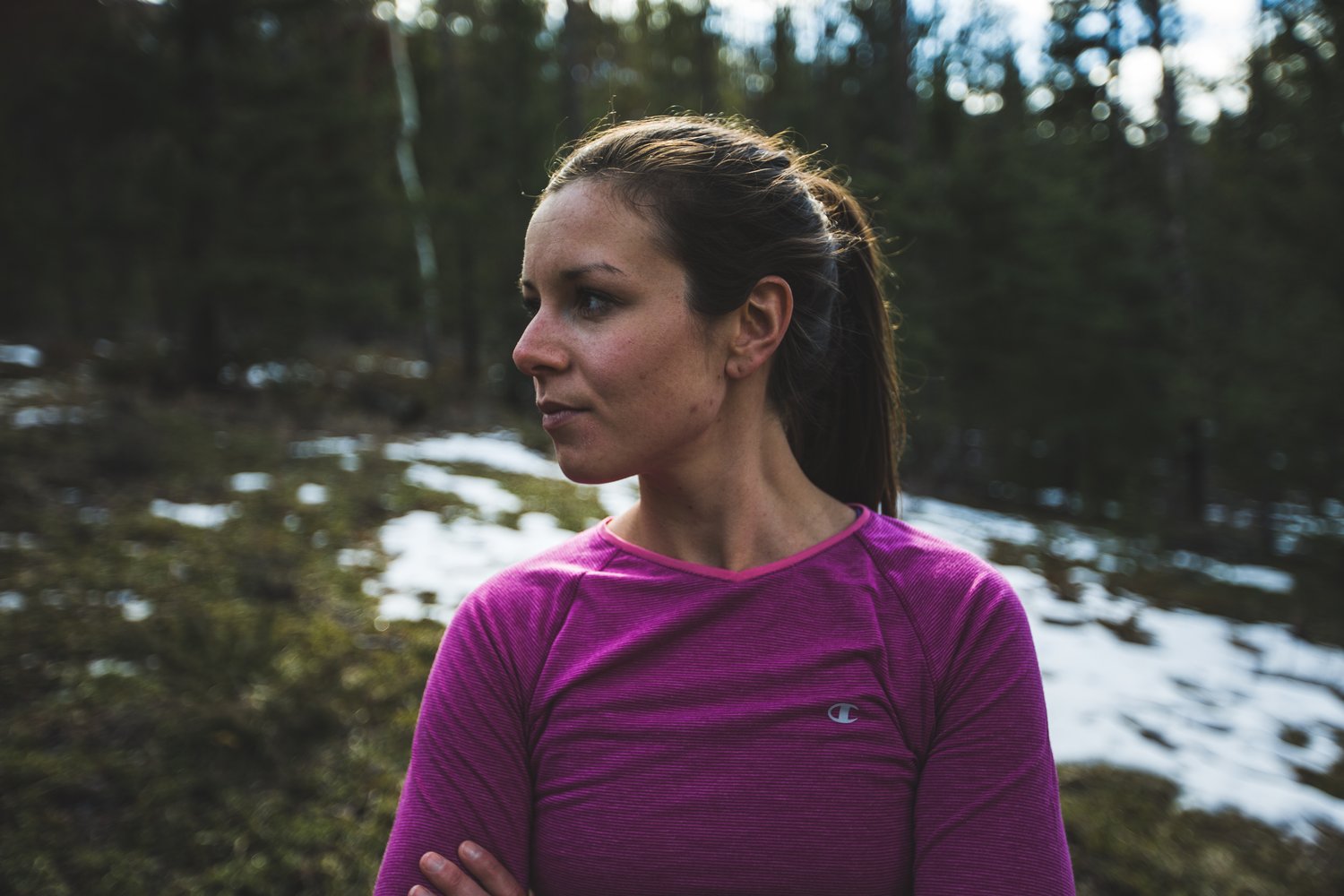 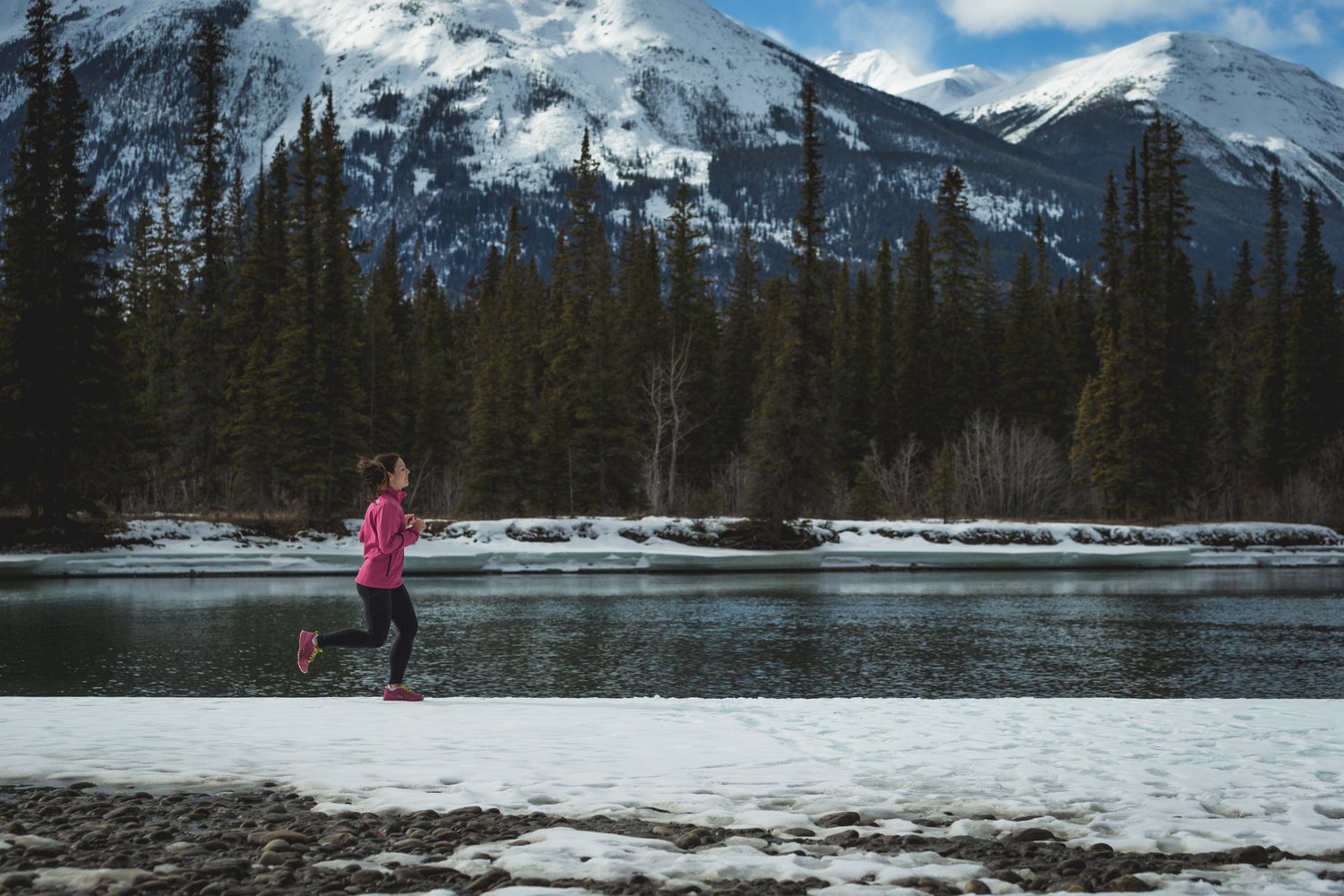 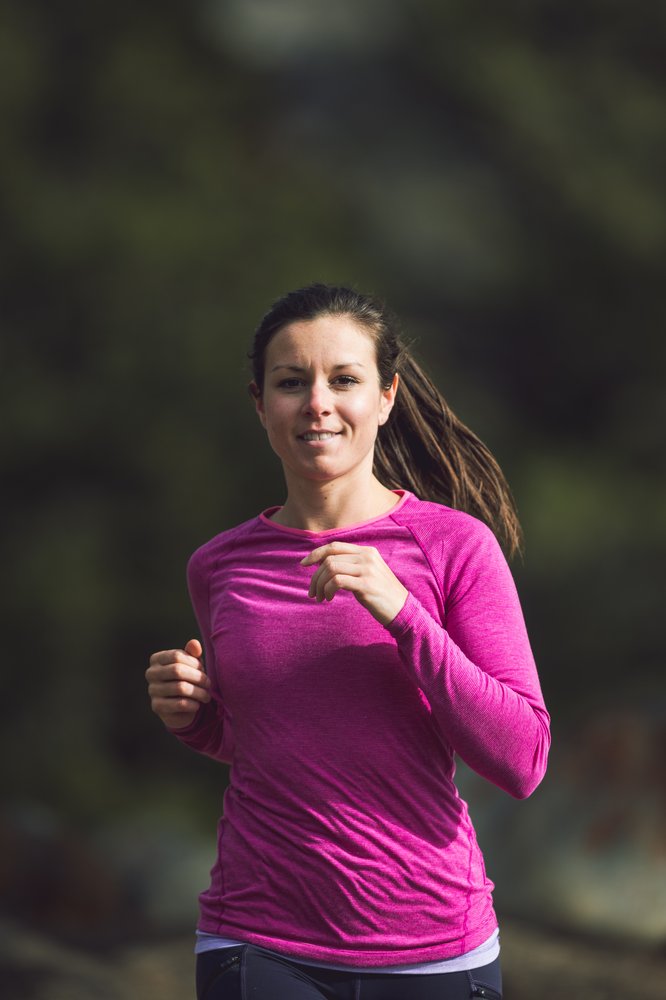 A couple of summers later that seed took full bloom and Gillian finally made her way back to Jasper for another season. This time however, she started making a connection with both the community and the surrounding wilderness – a key piece that had been missing on her first Rocky Mountain adventure. She spent her time working at the Jasper SkyTram and local hangout, Jasper Pizza Place, meeting new people and falling more in love with the place with each passing day. She even started to venture beyond her own comfort zone by taking to the trails; even succeeding in hiking her way up Jasper’s Roche Bonnhome (the mountain most locals just call Old Man) that first summer back.

For the next few years, this was how her love affair with Jasper worked; summers spent in the real Rockies, meeting new people and having fun, before returning to school in the fall. She hiked and played beer league softball. She had even met her boyfriend one evening at Jasper Brewing Co. – the local brew pub - and she was planning for the day when her ticket west was one-way only.

“I had actually made a connection with the town,” Gillian recalls of her decision to stay in Jasper permanently back in 2010.

By that time, the 17-year old who had spent that first summer keeping to herself was just a shadow of who Gillian had become. She had friends, was in love with her new home, and had embraced the thirst for adventure that so many locals seem to share.

“I had taken up running while I was in university, so by the time I moved to Jasper permanently I was in pretty good shape,” she says. “We did so much hiking and camping that first summer, it was amazing.”

Thinking back to that first year as a full-time local, Gillian recalls her first back country camping experience when she and her boyfriend trekked out to Celestine Lake with the excitement as if it had just happened. Later that summer she would discover Campus Pass, now her favourite hike thanks to its stunning views of the Tonquin Valley.

"With any free time I have, I'm looking to take advantage of everything we have in the park. Every weekend is a new opportunity to pick a new trail to explore."

She also kept up with running; every single day, in fact. With its vast selection of scenic mountain trails to explore, Jasper is a runner’s paradise. For a while, Gillian started each day by running up the Sawridge switchbacks and back down along Pyramid road. That is until she encountered a grizzly bear on the trail.

“I had no bear spray, my headphones were in, and it was first thing in the morning. I mean, I was never really in trouble, but it still put the danger into perspective,” she says, calling attention to the importance of always being alert when you’re sharing your playground with truly wild wildlife.

These days, rather than running the trails solo, she hits them up with a collection of other women known as the “Girls Breaking Trails” running group. Made up of everyone from casual trail running enthusiasts to the ultra marathoners, this non-competitive group runs Jasper’s trails and inspires one another to push beyond their own comfort zones.

“The girls are super inspiring,” says Gillian. “It’s such a motivating thing to be a part of, especially in the winter.”

Since joining the group over a year ago, Gillian has achieved new successes in running that she had never even considered before, including running her first half marathon last May. 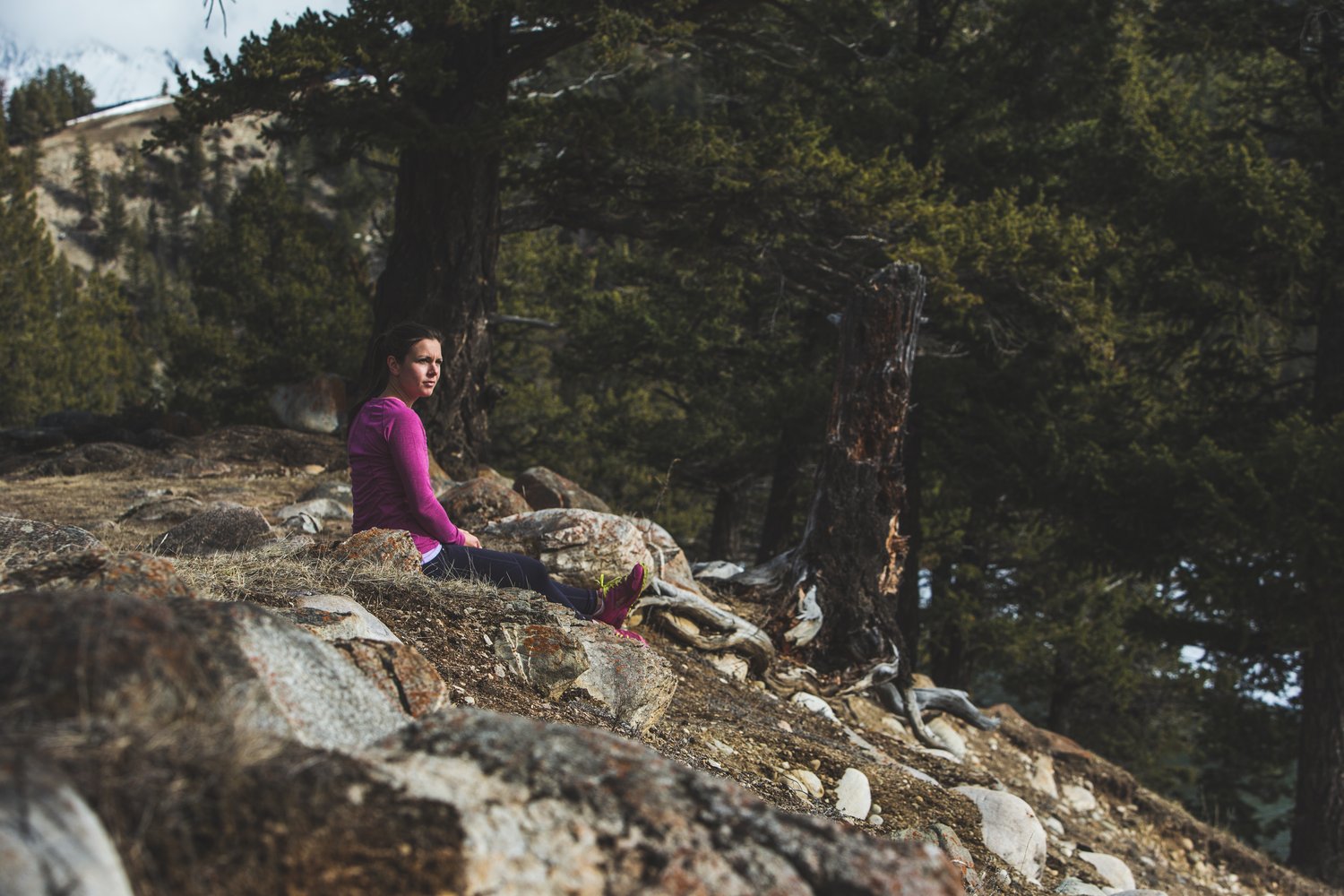 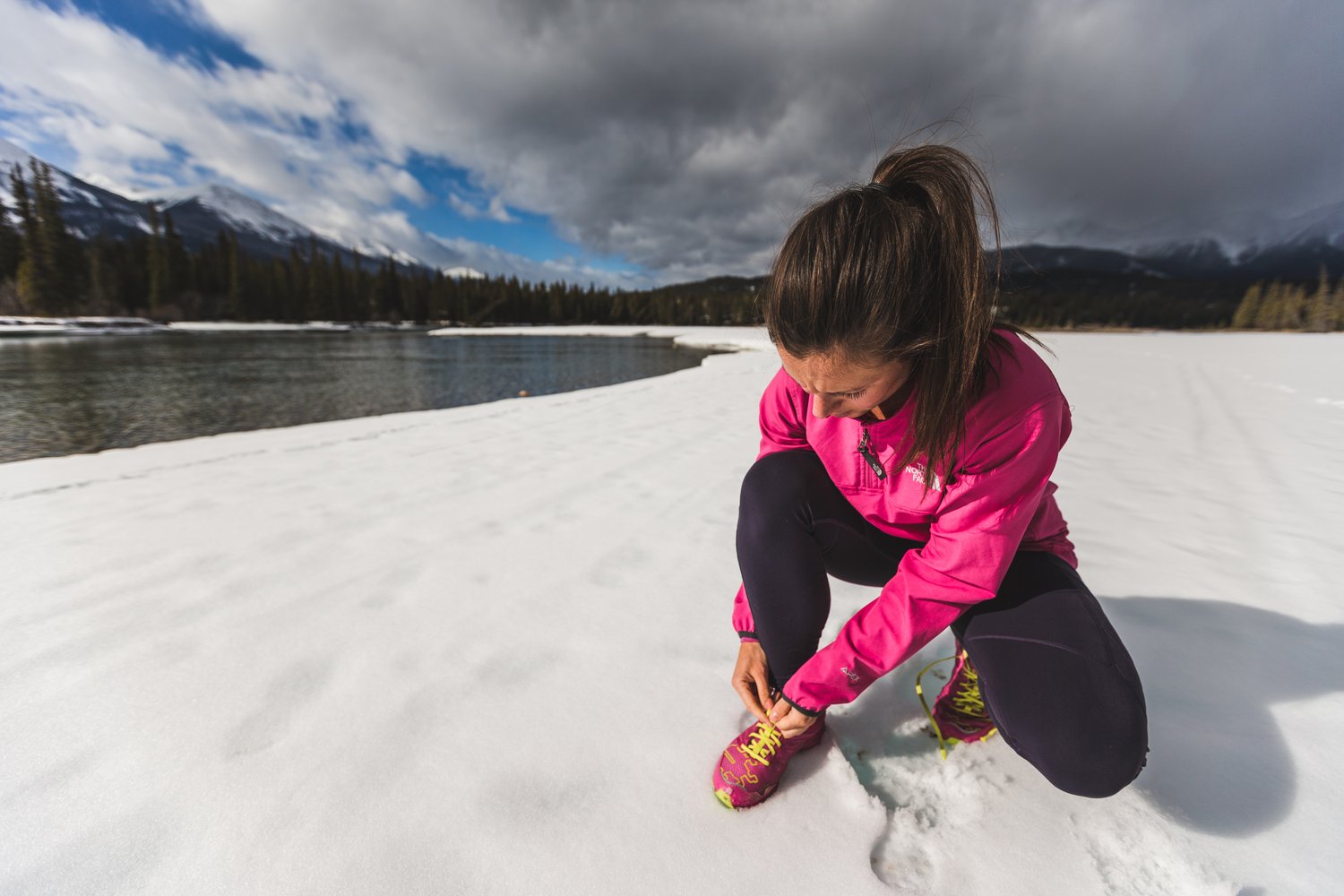 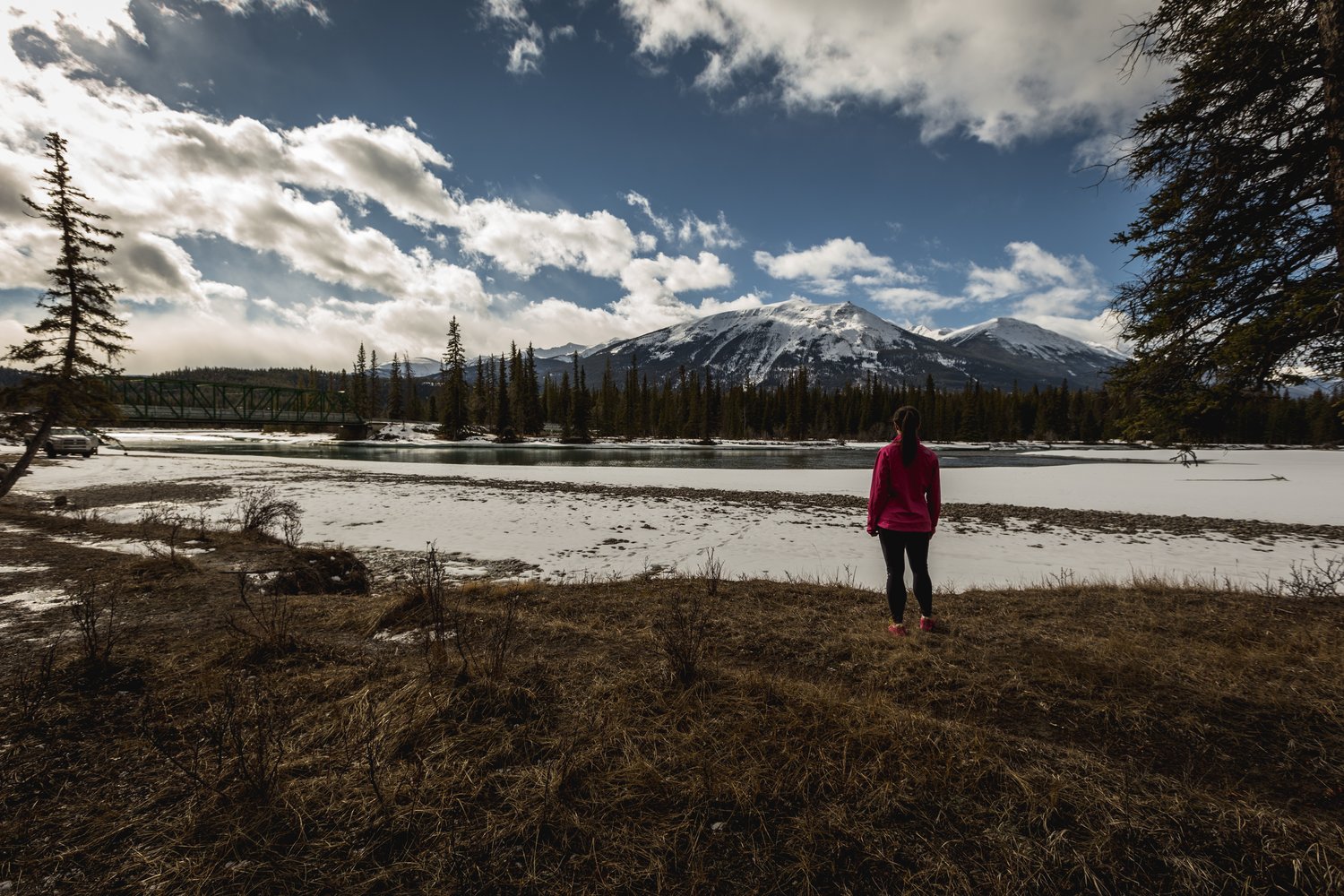 "People save up to do what I get to do every day. It’s like that saying, ‘my life is your vacation’ – it’s true!"

It’s clear that Gillian’s lifestyle and Jasper’s culture are a perfect fit for one another.

“With any free time I have, I'm looking to take advantage of everything we have in the park. Every weekend is a new opportunity to pick a new trail to explore. There’s a natural high and a feeling of accomplishment that come with getting out there.”

Out of all the things about Jasper that Gillian just can’t get enough of, perhaps it’s how easy adventure finds its way into a person’s life that she likes the best.

“People on the outside look at you and think you’re some big adventurer,” she laughs. “But that’s just what you do here!”

And so, with her inner adventurer undoubtedly awoken, only one question remains: is she here to stay?

“I think so,” she answers without actually pausing to think about it. “People save up to do what I get to do every day. It’s like that saying, ‘my life is your vacation’ – it’s true! I just feel so lucky to be here. We’re so spoiled.”

“No, I don’t see myself moving,” she smiles after actually giving herself a heartbeat to think the question over again, “Jasper is a true gem. I just love it.” 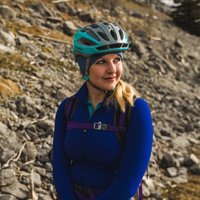 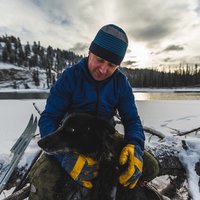